You are here: Home / Archives for Wine Basics 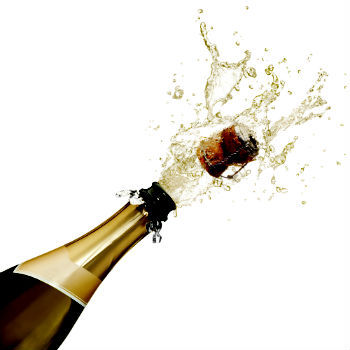 We’re about to ring in the New Year — and the best way to do it is with bubbles. But which bottle of bubbles to choose? END_OF_DOCUMENT_TOKEN_TO_BE_REPLACED

END_OF_DOCUMENT_TOKEN_TO_BE_REPLACED

Learn all you need to know about Tuscan wines in ten minutes by watching the video below, produced by the Guild of Sommeliers:

The Wines of Tuscany from guildsomm on Vimeo.

We’re about to ring in the New Year — and the best way to do it is with bubbles. But which bottle of bubbles to choose? END_OF_DOCUMENT_TOKEN_TO_BE_REPLACED

I had a party and put two bottles of wine in a cooler with ice. One bottle was unopened (Chardonnay) and I say it now has to be put in the fridge and my husband says it can go on the counter at room temperature until we drink it and it will not be affected. Can you settle this for us pleeeeeease!

A fair question, and one I’m sure many have contemplated in the past.

If given the choice, then the wine absolutely should be transferred from the cooler to the refrigerator. I say “given the choice” because my fridge is often filled with leftovers (both food and wine) — offering little room for (yet another) bottle of wine.

One of the most damaging conditions for any bottle of wine is a drastic change in temperature. Assuming that the cooler was packed with ice, and the bottle was inside it for a significant amount of time, it’s likely the wine sunk to a level at least 25-30 degrees below “room temperature” (we’re talking Fahrenheit). That qualifies as significant. Does that mean the wine will be ruined if it’s left on the counter instead of the fridge? Not necessarily — in fact you may not notice any difference in the wine at all.

That’s because the length of time the wine has remained at different temperatures also factors in. If the wine was kept exceptionally cool for a week, and then left out in the sun for a week, chances are it’s going to be affected. But if the time on ice was only a few hours, and the temperature spike not too drastic, the wine likely will be fine.

This is an issue that is of more concern in the distributor warehouses and the retail stores, where inexpensive wines are rarely — if ever — kept at a constant temperature (storage and transportation included). Your wine may have been on ice, then moved to the counter, but the real damage could have been done long before that — for example, when the wine was sitting sweltering on a non-refrigerated truck on a hot summer day. Unfortunately, the consumer has no control over the bottle prior to purchase — you have to trust that it was properly stored and moved by the wine shop, the distributor, and the supplier.

OK, this answer went a little off tangent. Bottom line? Get the wine into the fridge if you have the room, and keep it at a constant temperature. And, cross your fingers that the bottle has received similar care before it came to you.