You are here: Home / Archives for costieres de nimes 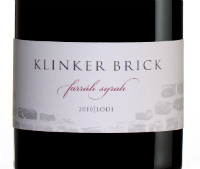 Generally speaking, Lodi, California is not known for Syrah (nor is Lodi, New Jersey). Rather, Lodi — a town and an AVA (American Viticultural Area) in San Joaquin Valley, within the Central Valley of California — is better-known for Zinfandel, thanks to many “old vines” bearing the grape. Some of these “old vines” were planted over a hundred years ago, and they, along with the soil and climate, combine to create Zinfandel-based wines that exude unique character not seen from the grape elsewhere in California. In fact, Lodi and Zinfandel have become almost synonymous.

But this wine is Syrah, so what gives? On the one hand, I’m an “old schooler” in that I believe winegrowers should focus on grapes that have historically grown well in an area. Burgundy, for example, is focused almost entirely on Pinot Noir and Chardonnay — and the resulting wines are often mind-blowing, if not life-altering. In Champagne, it’s Pinot Noir, Chardonnay, Pinot Meunier — and nothing else. In Tuscany, it’s mostly Sangiovese. And so on. For California — and Lodi in particular — Zinfandel is indigenous and is at its best.

At the same time, I think it’s OK to dabble and experiment with other grapes to see what happens. Syrah is a grape that reaches its full potential in the Rhone Valley, France (and some would argue, in Australia as well). As it turns out, Lodi, California shares similarities with the Southern Rhone, most significantly:

1. Mediterranean climate — warm to hot summers with mild, wet winters, thanks in part to close proximity to ocean coast
2. Cooling breezes emanating from river and ocean (in the Rhone, a strong, cold wind called Mistral blows in as the result of a confluence of factors related to, among others, the Rhone River, valley, and Bay of Biscay; in Lodi, a cool wind that comes from a similar mix of geography thanks to the Sacramento-San Joaquin Delta, San Francisco Bay, and Central Valley)
3. Porous, deep, sandy loam and alluvial soils, providing good drainage

Looking at characteristics in terroir, Lodi is somewhat similar to Costieres de Nimes in particular — an area in the Southern Rhone Valley that is well-known for Syrah. That said, I was excited to try this Syrah wine from Lodi.

Perhaps my expectations were a little too high, because at first sniff I was disappointed. Don’t get me wrong — this is a very tasty wine. But it doesn’t remind me of Syrah from the Rhone. And that’s my problem, not yours.

If you completely ignore all the geeky stuff about climate, terroir, soil, etc., above, and just drink this wine for what it is, you’ll probably be very pleased. It has an expressive nose of rich spices — cinnamon, cardamom, nutmeg, and vanilla — with a dose of black raspberry. In the mouth it explodes with sweet red and black raspberry (black raspberry brandy, actually), vanilla, and undertones of mild earth and blackberry. The texture is creamy. Tannins are mild to medium, as is the acidity. The finish is mostly vanilla and black raspberry.

For me, the Syrah in this wine is overwhelmed by the oak component (it spent 15 months in French oak barrels), making it difficult to match with food. As a “cocktail wine,” though, it’s awesome, as it shows many layers of spice and sweet fruit. But understand, I’m overly sensitive to oak — most people like it more than I. If that’s your style, you’ll like Klinker Brick Farrah Syrah.

Other blogs to have reviewed this wine include The Pour Fool, Winethropology, Cork Chronicles, Swami of Umami, Jane Garvey (2009 vintage), and James the Wine Guy.